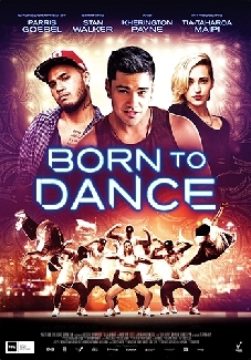 Tu, an ambitious young man from an underprivileged South Auckland suburb, dreams of being a professional hip-hop dancer. When his father, a Sergeant in the New Zealand Army, issues an ultimatum - find a purpose in life by the end of the summer or enlist - Tu decides that dance is his way out. After being offered a chance to try out for K-Crew, a prestigious international dance group, Tu must juggle the pressures of his grueling job, demanding father and turn his back on his South Auckland crew. Things become further complicated when he falls for Sasha, the girlfriend of K-Crew's malicious leader, Kane. Tu is devastated when he learns that the whole audition process has been a scam to steal the best moves from dancers across Auckland and create animosity within the other teams. In a final stance, Tu will unite his old crew and his new friends, to battle their way into nationals and face K-Crew in the finals.