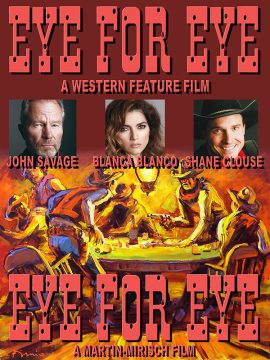 They were instructed to scare her off, knowing her old man would follow, so Brad Braddick and the Triple R could acquire their ranch...but in roughing her up, they killed the sheriff's pregnant wife. Four of them, and the head of the snake, have to pay. Quint Reagan hangs up his sheriff's badge, sells his small herd, and rides into the jaws of the devil. One angry rider, riding against one hundred riding for the brand. One man, with little to lose. When you care little if you live or die, you're a terrible adversary.