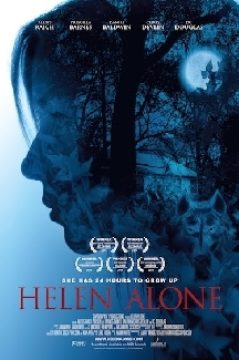 Recently relocated, Helen Olsen is an only child living a sheltered life with her parents in suburbia. Suddenly finding herself alone, innocent and naive Helen is thrust into a 24 hour roller coaster ride, having to fend for herself in a world turned upside down with an odd cast of characters all battling to control her fate. Having lost her way and her innocence, Helen must find a way to survive the night and get back home before her parents return.

Helen’s journey takes her underneath the surface of the idyllic town. Be it her friends, neighbors or the local authorities, Helen quickly discovers that the world is not the same when you have to stand on your own feet.