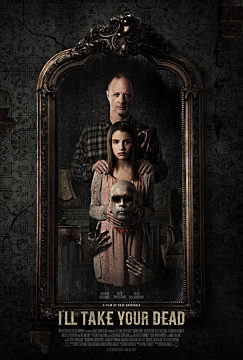 William has a simple job: he makes dead bodies disappear. His country farmhouse has become a dumping ground for gang related casualties while his daughter Gloria is convinced that some of them haunt their home. After a woman's body is dropped off on their doorstep, William realizes that she's not actually dead. As he tries to figure out what to do next, the woman's assailants get word that she's still alive and make a plan to finish what they started.