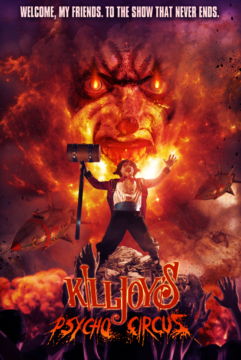 The 5th feature in the successful Killjoy killer clown series! Demon of vengeance Killjoy has finally escaped to Earth, but all Hell is after him!

In the wake of the international box office and critical success of Stephen King's IT, Full Moon will also showcase our own hugely popular Killjoy films at AFM 2017. The killer clown franchise's fifth installment - Killjoy's Psycho Circus - was released last year.