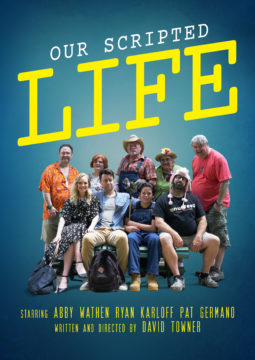 A daytime television actor hatches a plan to produce a film starring him and his co-star, hoping it will make her fall in love with him.

Soon after Jake’s co-star, Anna, announces her upcoming marriage to Jake’s nemesis, another soap opera actor named Chad, Jake hastily hatches a plan to produce a film starring him and Anna in a gushy love story with the hopes that it will bring the two closer. Despite a loan from a local mobster, Jake fails to come up with enough money to shoot a real film but proceeds with a façade using a makeshift crew and obsolete equipment. His plan actually works and he finds himself in a whirlwind relationship with Anna but regrets it immediately after realizing the aristocratic British woman of his dreams is actually a hillbilly from Kentucky, living under an alias. Stuck in Appalachia with her bizarre family, his life is complicated even further by his inability to explain the lack of a film to his shady investor who shows up at her family farm, seeking answers.