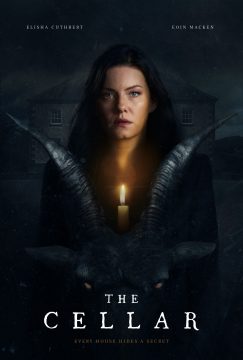 Keira Woods and her family move to an old house in the Irish countryside named the “Xáos House”. Built by physicist and occultist John Fetherston, it is filled with mysterious engravings over its doorways, glyphs reading ‘Leviathan’ and a sinister and cryptic equation engraved on each of the ten steps leading down into the cellar. One night, while on the phone with Keira, her daughter Ellie disappears in the cellar during a power outage. The authorities insist that Ellie has run away, but Keira is convinced that she is still in the house. Over the phone, Keira heard her daughter continue to count as Ellie descended the steps to the cellar: “…eleven, twelve, thirteen…”, far more than ten. Keira's investigation is thwarted by terrifying supernatural experiences as she begins to uncover the house’s evil secrets. She soon learns that she must battle with the universe’s most ancient evil or lose her family’s souls forever.