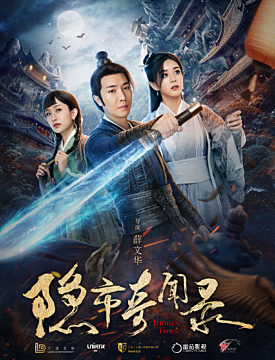 Chapter 1: Aconite and the Imp(s)

Officer Hsu is found poisoned and dead in his room one night, next to him stands multiple sing song girls who all look like the long-dead Bai Lin, they chant then vanish. Baffled by the seemingly supernatural nature of the murder, Detective Shi Shen embarks on a journey to the Hidden Town, in hopes that the mysterious practitioner Bai Tsing Luo could help him unearth the truth.

A salt merchant’s servant is horrified by the sight of numerous red-eyed mystic herons pecking at her master’s body, leaving behind only his bones before they disappear. Soon after arriving at the scene, Detective Shi Shen needs to hurry to Hidden Town for Tsing Luo’s cure for a deadly snake venom. Inspired by the case of mystic herons, Tsing Luo decides to use the aforementioned birds as remedies. Together with Shi Shen and the newly acquainted Bai Ling, a creature hunter, Tsing Luo sets out to uncover the secrets behind the murder…