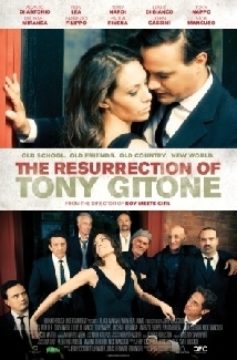 The Resurrection of Tony Gitone

Handsome young Nino is back in his home country after years of struggle in Hollywood. He returns triumphant having just got his big break: the lead in a new film by the 'it' American director, starring opposite the international sensation Vanessa Luna. And to top it off, it is shooting in his hometown.

His friends throw Nino a small after-hours party to celebrate the success of the immigrant kid made good.

The guest list is a cross-section of Italian Immigrant life. Over the course of the evening and into the night, more buried emotions erupt and old wounds unravel.

Reminiscent of character driven award winning films such as 'Big Night' and 'Diner' 'The Resurrection of Tony Gitone' is a universal dramedy about life, love, friendship and trying to find your roots.