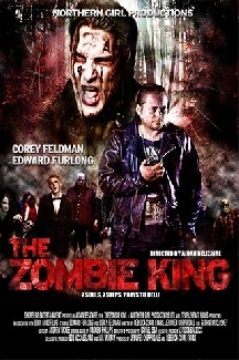 Samuel Peters, once an ordinary man, turns to voodoo in a desperate bid to bring his wife back from the grave. His dabbling soon summons Kalfu, the God of malevolence, with whom he pacts to destroy the underworld and bring chaos unto Earth. In return, he will become "The Zombie King" and walk the earth for eternity with his deceased love. As an ever-growing horde of zombies begins to completely wipe out a countryside town, the government sets up a perimeter and institutes a ruthless shoot-on-sight policy. Trapped within the town, the locals and an unlikely bunch of misfits must fight for their lives and unite in order to survive. Will our heroes unravel the clues in time or will The Zombie King and his horde of zombies rise on the Night of the Dark Moon?