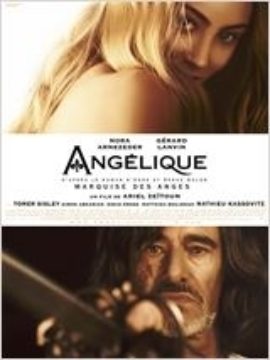 Beautiful, innocent Angélique is given in marriage to wealthy Count de Peyrac, whose repugnant exterior conceals intelligence and wit that win her heart. But a dark secret hangs over their fairytale romance: a group of nobles, whom Angélique overheard conspiring against the monarchy, will stop at nothing to eliminate her. Angélique is protected by Peyrac’s love and power, but the noblemen accuse him of sorcery and he is burned at the stake. Stripped of her title and wealth, Angélique fights for her two children and justice at the head of a band of beggars, thieves and prostitutes, even if it inevitably leads to conflict with the Sun King, Louis XIV.