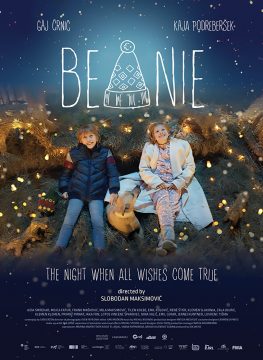 Erik is nine years old and lives in a youth home. He always wears hat that his mother knitted for him when he was very little. Erik is quiet and reserved boy and it's not easy for him at the youth home – he is often bullied by a group of older kids. This Christmas, Erik won special award – he gets to spend Christmas with one of the wealthy donor-families who offered their hospitality to children without home. The award didn’t really cheer him up, he would prefer to go home to his parents. On the other side, Lučka, a seven-year-old daughter of the wealthy host family, is not thrilled with the visit either. Namely, she wants a sister and a puppy as Christmas presents, not a boy who wears a hat all the time. Erik and Lučka don't understand and don’t like each other at first, but it will soon turn out that their Christmas Eve will be special!

After everyone falls asleep, Erik catches Santa by the Christmas tree! Lučka quickly joins him, and the children follow Santa to his car without hesitation.

But it turns out that Santa is just an ordinary thief dressed as Santa. Instead going back to bed, Erik and Lučka set off to an adventure through the festive city. Before the police found them sleeping in a train station, they made some friends, adopted a dog, learned about trust, friendship, love and importance of family. On this miraculous night they realized what may be the greatest, often invisible, value of a holiday.