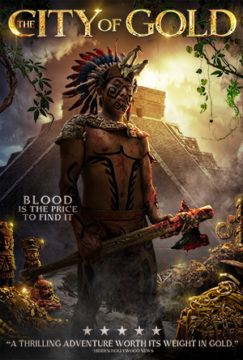 Haunted by inexplicable demons that have manifested into masochistic and self-destructive tendencies, Jonathan Davenport seeks asylum from a world that has turned against him in the wake of his media mogul father's suicide. After being ruled psychologically unfit to operate his family's company, Jonathan connects with his former lover, Elisabeth Carlisle, who is preparing to leave for the jungles of Peru in pursuit of a reclusive artist. Believing the trip will give him time to reflect upon his father's death, Jonathan joins her, but soon finds a new set of perils await him in the Amazon jungle: The art collector funding their exhibition keeps murderous company, the artist is hiding deep inside rebel territory, and the demonic spirit that ravages Jonathan's mind is beginning to reveal its true desire...the pursuit of El Dorado.