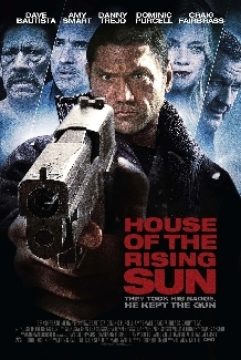 House Of The Rising Sun

Ray, a former crooked cop and ex-con is now working as a bouncer for the strip club “House of the Rising Sun”. One evening, the nightclub is robbed and the mob boss/owner’s son is shot dead. Ray must get to the bottom of the robbery as the club’s manager, Tony, has set Ray up to look like the fall guy so that Tony can take over as mob boss.