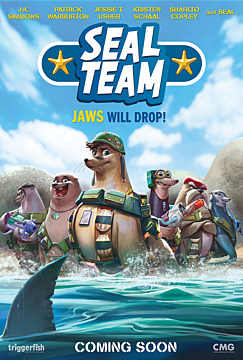 After his best friend is killed in a shark attack, Quinn, a lovable yet tenacious seal assembles a SEAL TEAM to fight back against a gang of sharks overtaking the neighborhood. But this merry band of international seals are not at all trained for such a mission. They seek the help of a much more skillful combatant, Claggard, but even his tricks and flips can’t whip these guys into shape. However, with a little bit of ingenuity, intelligence and a lot of heart, our SEAL TEAM may actually be able to bring peace back to their undersea community.