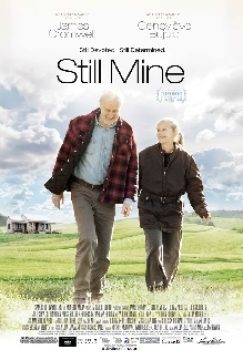 Based on true events and laced with wry humor, Still is a heartfelt love story about an 89-year-old New Brunswicker (James Cromwell) who comes up against the system when he sets out to build a more suitable house for his wife (Geneviève Bujold) whose memory is starting to go. Although Craig Morrison is using the same methods his father, a shipbuilder, taught him, times have changed. Craig quickly gets on the wrong side of an overzealous government inspector, who finds just about everything unacceptable. As Irene becomes increasingly frail – and amidst a series of stop-work orders – Craig races to finish the house. Hauled into court and facing jail, Craig takes a final stance.