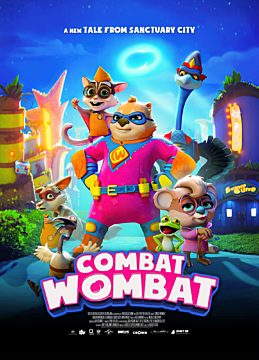 Synopsis: On the outskirts of Sanctuary City lives Maggie Diggins, a cantankerous yet caring wombat who, after a tragic digging accident resulted in the suspicious disappearance of her husband, now lives out a solitary existence, spending every waking second searching for any remaining clues to the whereabouts of her life partner.