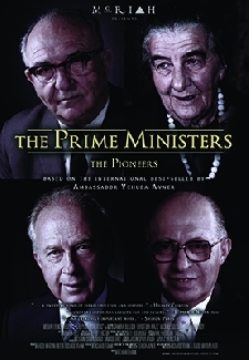 Some of history’s most important events are captured through the eyes of Ambassador Yehuda Avner, who had a front row seat to every historic moment from 1948 until 1982. As the chief aide and speech writer to four Prime Ministers, Avner recounts stories of U.S. Presidents from Harry Truman to Richard Nixon to Bill Clinton. He shares behind the scenes accounts of the 6 Day War in 1967, the Yom Kippur War in 1973, the shuttle diplomacy of Henry Kissinger, and the Camp David and Oslo Accords. Serving under Levi Eshkol, Golda Meir, Yitzahk Rabin, and Menachem Begin, Avner takes a hard look at his country’s greatest triumphs and its saddest losses, the outbreak of war and the struggle for lasting peace in the Holy Land.