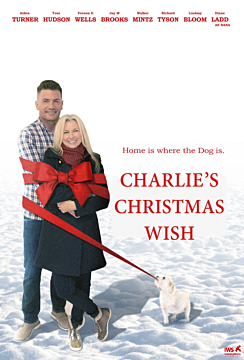 Sergeant Major John Frost, scheduled to retire in January, surprises his family in early December with an unexpected early homecoming from Afghanistan following a PTSD incident. He’s glad to be home for Christmas but surprised to find his wife and son too busy with their prior commitments to give him the welcome he anticipates... and then there’s the disheartening presence of a scruffy little dog named Charlie, they had adopted from the pound. Unfortunately for John, he doesn’t like small dogs and Charlie is always on his heels annoying him everywhere he goes. What he doesn’t realize is that Charlie, who is an angel dog, is on her own mission from above.

Emotions and tensions following another PTSD incident, where Charlie is injured, drive John away from his family as he seeks stability. He finds solace and comfort with other veterans at the Moose Lodge, who are also coping with the challenges of integrating back into civilian life. Then the unimaginable happens when one day Charlie finds Vietnam vet and good friend, Hank, lying face down in the woods having suffered a heart attack. She barks an alarm to save him but as Hank leaves in the ambulance, John discovers that his fellow vets are actually homeless and living in tents in the woods behind the lodge. While Hank is well known and loved in the community, no one other than his pastor is aware of the carefully guarded homeless secret. With a newfound purpose in life, John rallies his friends, family and the community to come together and help the homeless vets, ultimately giving them a warm Christmas Eve and a new start in civilian life. Charlie’s Christmas mission is accomplished with the surprising twist at the end where the value of community and family is revealed with touching moments, while bringing awareness of the homeless veteran crisis to the forefront.