Home / Cinema / It's About You 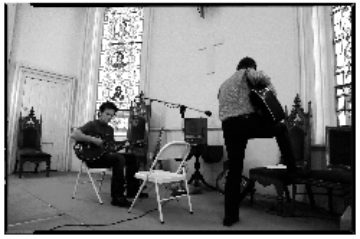 This is a personal journey film about singer/songwriter John Mellencamp. It was made during his summer 2009 tour with Bob Dylan and Willie Nelson Mellencamp also recorded his new album in three historical locations during the month and a half tour. The story is told through the eyes of the father/son film-making team of Kurt and Ian Markus, neither of whom had ever made a film before. The entire 90-minute film is shot on super8, to stunning effect. This is not a retrospective film with interviews. It is of the moment.