Home / Cinema / Liam Gallagher: As It Was 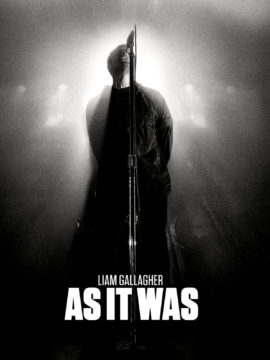 Liam Gallagher: As It Was

Liam Gallagher is not only one of the greatest frontmen of all time, but also one of the most original, controversial and charismatic stars of his generation. With his audacious swagger and electrifying presence, he showed the world what it meant to be a rock star in a band that conquered the world. But in the years that followed, Liam has been stuck in the creative shadow of his brother Noel. He has struggled to define his role as a man and an artist, ricocheting between projects whilst fighting his own personal demons.

LIAM GALLAGHER: AS IT WAS will tell the emotional story of how Liam went from the dizzying heights of his champagne supernova years in Oasis, to living on the edge; ostracised and lost in the musical wilderness of boredom, booze and bitter legal battles.

The film will be an honest and revealing portrait of Liam’s musical resurrection, exploring the pressures he was under turning his life around, revealing how he risked everything in launching a solo career and shining a light on the harsh life lessons he learnt over the years.

Liam has provided directors Charlie Lightening and Gavin Fitzgerald unparalleled access to every area of his life and the film offers an intimate insight into the mayhem and mania of his world. Key performances from Reading, One Love Manchester and Glastonbury will be prominently featured as well as interviews with family, colleagues and collaborators. This will be a candid and honest portrait of a rare talent.