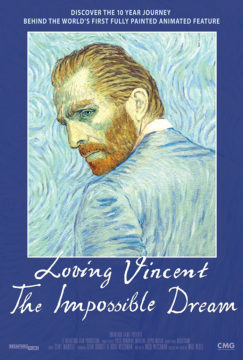 Drawing on the life and inspiration of Vincent van Gogh, LOVING VINCENT was much more than a labor of love... Find out all the trials and tribulations in the making of the film and ultimately its critical as well as audience success with over US $42million in box-office and an Oscar nomination, Golden Globe nomination, BAFTA nomination and 14 additional Film Festival Awards.