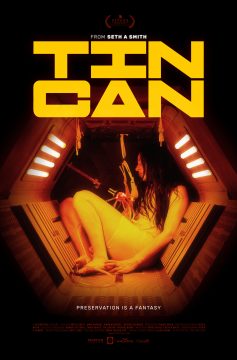 A fungal infection called Coral is ravaging wintry Eastern Canada, and the rest of the world. Leading parasitologist Fret (Anna Hopkins) is working on ways to control the strange life-form when she is brutally kidnapped. Intubated and weak, she wakes up in life-suspension chamber – a human-sized tin can – placed in a dark and damp brutalist facility where others are seemingly enduring the same fate. Who put her there and to what end? What brave new world awaits outside? As she struggles to escape and learn of her fellow inmates’ similar predicaments, unresolved trauma comes bubbling up the surface of her mind and might just hold the key to her freedom.