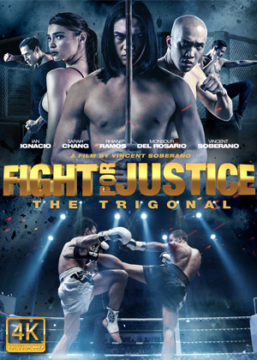 Fight for Justice (The Trigonal)

An international crime syndicate runs a vicious underground fighting circuit, The Trigonal, is looking for the strongest and the best fighters for a high-end, ground-breaking experimental drug-induced competition worth millions of dollars. To force the MMA champion, Jacob Casa, to come to the circuit, they brutally assaulted his wife and murdered his best friend. Leaving him with no other choice, Jacob infiltrates The Trigonal to fight for justice.