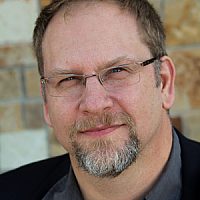 Bear Paw Films LLC is helmed by Travis Heermann. Armed with a deep love of scifi, fantasy, and horror, our aim is to make short films and features primarily in those genres, although nothing is off the table.

Travis has spent twenty-five years as a novelist, freelance writer, and game designer before achieving his lifelong dream of becoming a filmmaker. With all the recognition his screenplays have received, it became time to start making his own films.

A graduate of the Odyssey Writing Workshop, an Active member of SFWA and the HWA, he is the author of fifteen novels and counting, including the Shinjuku Shadows Trilogy, Ronin Trilogy, and The Hammer Falls, plus others.

His more than thirty short stories appear in publications such as Straight Outta Deadwood, Apex Magazine, Tales to Terrify, Cemetery Dance’s Shivers VII, and others. As a freelance writer, he has contributed a metric ton of work to such game properties as the Firefly Roleplaying Game, Legend of Five Rings, EVE Online, and BattleTech, for which he’s been nominated for a Scribe Award. 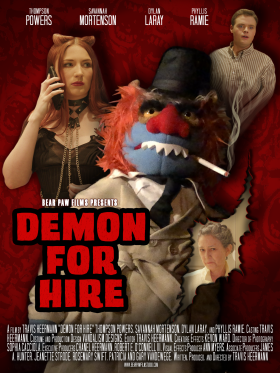