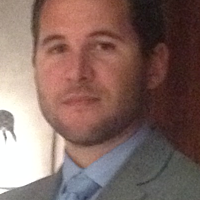 We are an international film and television sales company based in Scotland, UK, founded in 2020 and launched during Cannes Films Festival.

The Clan Films aims to become a modern version of a Scottish clan and has its own tartan.

All films represented by The Clan Films will be considered as a Sept, a branch of the clan. Each project is unique for us and needs its own strategy for the best and most suitable international distribution. All films will benefit from a tailored solution and a support from The Clan for an optimal representation in order to reach a global audience.

Our goal is high quality international films with a strong festival and/or commercial potential. We already work with established and emerging talented filmmakers and producers.

The Clan Films motto is “Federer est Force” (To Federate is the Strength). Federating these talents will be and already is the strength of The Clan.

Let’s create a new family together, a new way to work and create with talented people from all around the world. Be part of our incredible journey…