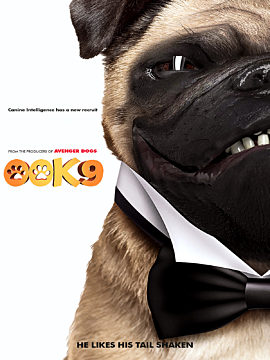 When Oddball, head of the Canine Intelligence Agency (CIA), learns of a villain named Sharposki and his elaborate plot to detonate a nuclear warhead to destroy the CIA and the whole galaxy with it, he has no choice but to call in Agent 00K9 to solve the case. Action, adventure, and comedy: 00K9 likes his tail shaken.