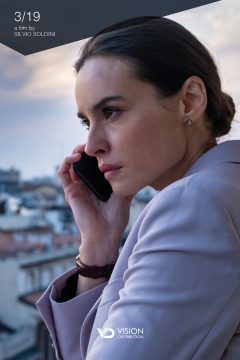 Camilla is a successful attorney in her forties who accidentally causes the death of an undocumented migrant. At first, she is only interested in exonerating herself, but soon a feeling of responsibility starts nagging her: the dead body of a young man is lying in the morgue because their destinies fatally crossed. Camilla is used to shielding herself from pain, and she is incapable of really caring, even for her own daughter. In the midst of discovering the victim’s identity, she meets Bruno, the head of the morgue, who seems to be the only one who can truly understand her. The investigation she pursues will take her far from her surroundings until she will be forced to question herself, her unresolved past, and the life she really wants to live.