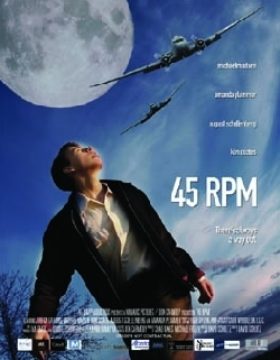 It's the spring of 1958. Fifteen year old Parry Tender doesn't know where to turn. Hassled by the local cop (Kim Coates), Parry wants out of his small town hell. He's lived in Goose Lake all his life with his native grandfather (August Schellenberg). It isn't much, about two hundred folks in all give or take. It's five hundred miles north of nowhere which to the satisfaction of the United States Air Force makes it only five hundred miles south of the "DEW-LINE", a continent wide chain of early warning radar stations constructed across Canada's Arctic during the paranoia of the Cold War. With its four thousand foot gravel runway, Saskatchewan's Goose Lake is the perfect spot to airlift men and materials into Canada's frozen north. It's all very secret - all very boring - and no one wants out more than Parry.

When a fluke atmospheric condition allows a fifty thousand watt Manhattan radio station to pump its infectious rock'n'roll signal into Canada's far north, it is the lynchpin for Parry to try and escape from his town once and for all. But when Debbie Baxter, the pretty daughter of an American Air Force Colonel (Michael Madsen) steals Parry's heart, no one is certain what will happen next.

45 RPM is the uplifting coming of age story about one person's struggle to escape his small town existence, and realize his dreams.