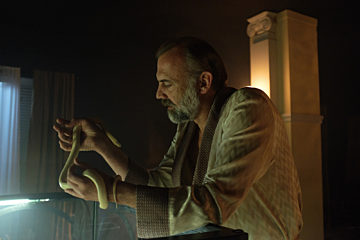 A tale of dirt, soap, and magic set in a cult on a remote Greek island.

A PURE PLACE is an offbeat coming-of-age tale about two young siblings engulfed in a secret community obsessed with soap, located on a remote Greek island. Award-winning director Nikias Chryssos (DER BUNKER) follows up on his success with the story of a young and feverish boy named Paul who must challenge the obsessive community that surrounds him in order to free his sister from the nefarious conspirations of the cult leader, Fust (Sam Louwyck). Funny, bizarre, poetic and tender, A PURE PLACE is a tale about love, rebellion and what it means to be actually clean.