Home / Films / Across The River And Into The Trees 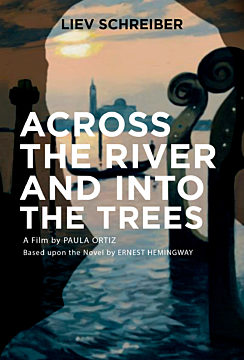 Across The River And Into The Trees

Based on the acclaimed novel by Ernest Hemingway.

Set in Italy at the close of WWII. US Army Col. Richard Cantwell (Schreiber), a bona fide war hero with an acerbic wit, faces news of his terminal illness with stubborn disregard. Determined to spend his final days in quiet solitude he commandeers a young military driver to take him to Venice, where he intends to revisit his favorite haunts and embark on one last, perfect hunt. But as Cantwell’s plans begin to unravel, a chance encounter with a beautiful aristocrat (De Angelis) offers hope, redemption, and an escape from the horrors of war.