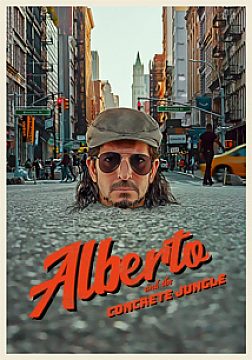 Alberto and the Concrete Jungle

Alberto Buenaventura is that increasingly common breed - a digital nomad living on the road, unattached. But not much else is common about him. He's not only a successful photojournalist; he befriends strangers and gets involved in unusual whimsical adventures, often fancying himself a hero. Then just as quickly, he's off to the next place, following the spontaneous current of life. Leaving NYC, however, proves to be a different type of beast. Al's attempts to find a way out lead him all over the 5 boroughs, forcing him to deal with various groups of colorful characters that complicate the process and in some cases, make him re-examine his lifestyle - Will he escape the lure of the city?