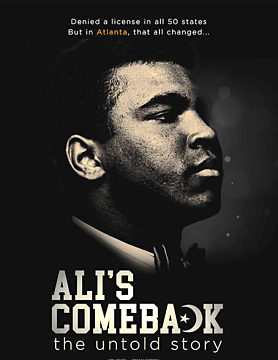 It’s 1970, Muhammad Ali had been exiled from boxing for his stance against the Vietnam War, stripped of his title, and convicted of draft evasion. But in Atlanta, a diverse group came together to ensure he received his rightful comeback.