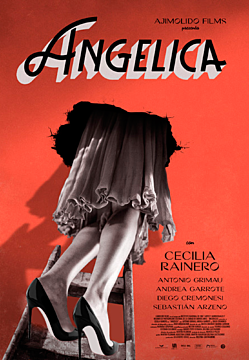 Delve into the dark and mysterious recesses of Angelica's world. On the verge of turning 40, Angelica finds herself alone in her deceased mother's house, penniless and slowly succumbing to her demons. After she reluctantly agrees with her sister to have the decaying house sold and torn down, Angelica secretly retreats into the attic while the walls literally and figuratively crumble around her. Her vivid delusions, debilitating grief and haunting memories of old traumas contribute to a mental breakdown that she is able to hide from the few people she sees in the outside world. As she deteriorates into a shadow-like figure, dressed in her mother's clothes and armed with an old air rifle, she becomes determined to fight whomever tries to shatter her fragile reality.

The superb direction and the outstanding performances add to the mesmerizing effect this movie creates for its viewers.

Like Andrei Tarkovsky's subtle and penetrating masterworks, this unrelentingly creepy film will send you into a fascinating and uniquely disquieting world of its own.