Home / Films / Angels in the Rink 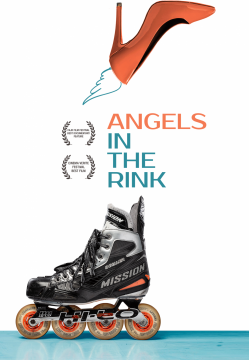 Angels in the Rink

Women’s hockey which has fought an uphill battle since the early 1980s to get the sport to where it is today has had its moments of glory as well as its spells of despair. It has been the pure love of hockey that has kept the woman warriors of this sport going.

ANGELS IN THE RINK examines the lives of the bravest of the brave: the women of the Middle East who are determined to prove themselves in a sport that is traditionally considered “male” only, especially in a culture that still maintains traditional views in which female athletes are not widely accepted.

The movie is a thrilling, intimate and emotional journey into the lives of the women and girls who tirelessly juggle their family duties with their passion for this highly competitive sport which they have devoted their lives to.

Along the way, we are drawn into the world of hockey and begin to feel what these players experience every day: as long as they keep moving the sky is the limit.