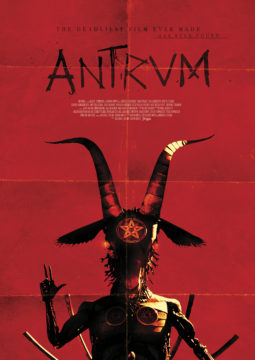 ANTRUM is a lost film from the 1970’s which resulted in the death of fifty six people when the Budapest cinema that it premiered in burned down. Other deaths were linked to the film before it was destroyed. Now that an inter-negative has been discovered and a missing reel restored, the deadliest film ever made is ready for re-release.