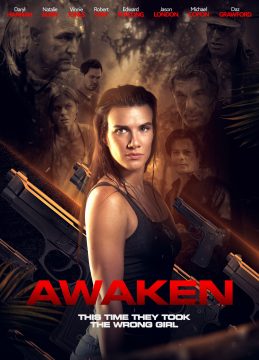 In this action thriller, Billie Kope, searching for her sister who disappeared in Mexico, awakens on a remote island with no memory of her abduction. She teams up with a group of survivors, where her skills in Russian Special Forces combat help them resist sinister black operations soldiers who hunt them down and abduct them for reasons unknown. For Billie, the mystery of the island is ultimately connected to the fate of her missing sister and one which when uncovered, will bring violence down on not only the island but the perpetrators of this bizarre and diabolical scheme in continual need of fresh victims to awaken.