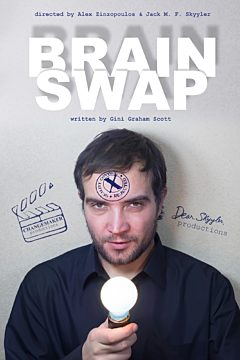 Brain Swap is a sci-fi legal/crime action thriller and dark comedy about a wealthy aging business owner, whose life and health are failing, so he seeks a new life through a brain transplant into a young donor body; but a hospital mix-up results in his brain being transplanted into the body of a dying criminal leading to all kinds of complications.

After the brain swap, the former aging businessman has a successful new life as a young realtor in a small town with a wonderful wife. But his rescue of a young boy leads to a media story, extortion by the wife of the criminal, a murder charge, and a trial that becomes a national media circus. A key question posed by the brain swap is: "Who is this new person? The business owner? The criminal? Or someone new?" The story features a dramatic trial and ends with a twist conclusion

The film is slated to begin filming in the spring of 2021, along with Dead No More.