Home / Films / Burning at Both Ends 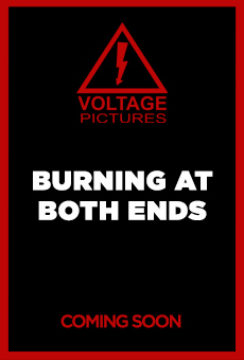 Burning at Both Ends

It's 1942, and France is under Nazi control. The Allies have been pushed off the
continent, and their defeat in North Africa seems likely.
The nazi's victory is nearly absolute. Deep within this heinous shadow, a man names Jacques uses a radio to broadcast a message of hope. Unbeknownst to him,
the formidable Gestapo Hauptmann, Klaus Jager, has been dispatched to catch the illegal broadcast. As Klaus closes in, Jacques, his daughter Juliet, a small group of other dissidents, must learn to trust the kindness of a stranger if they are to stay ahead of their pursuer. And in the end, that trust may turn out to be the very thing that leads the hunter to his prey.