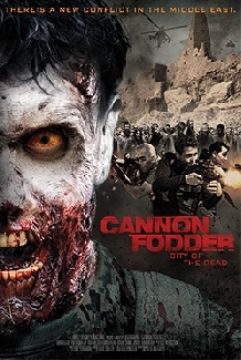 Cannon Fodder:City of the Dead

Doron Geva, a security operative, is sent with an elite force on his last mission into Lebanon: to capture the leader and number 3 in the terrorist organization of Hezbollah. Very soon he discovers that reality is not so simple, and that a new and unknown enemy is to be dealt with - and Hezbollah are the last thing on his mind. Doron has to deal with a ticking clock in the form of extensive I.D.F attack and a bloodthirsty enemy. It's up to him and his unit to wage a new war, a different war, to find an antidote, get back across the border, before the Middle East conflict is changed forever.