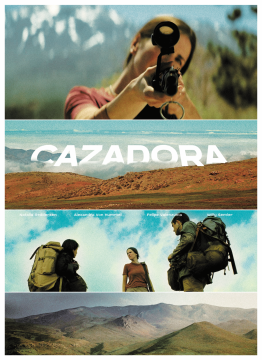 A superlative creation of a new director with an extraordinary ability to create menace and suspense in a dystopian thriller that deals with humiliation, sexuality, aggression and absurdity during post-apocalyptic times.

The gorgeously shot movie is set against a harsh and imposing background of mountain passes, mysterious caves, animal tracks, hidden waters and vast vistas that are troubled by malevolent forces.

The story is simple: when a mysterious loner joins a huntress and his son, their life-long dynamic is disrupted and psychological warfare breaks out. There is so much layered desire, hatred and domination that comes rolling out, shifting the power dynamics of the characters.

Their ever-tightening circle of hard looks and desperate gestures turns into a disturbing study of the human condition underscoring the will to survive at all costs.

The dissonant score of the film heightens this uneasy feeling, awakening our fight or flight response.

The backstory is filled in quickly and briefly in dialogue, if it’s ever filled in at all. There are hardly any flashbacks, just a few scenes of characters sharing their past with each other. The movie gives pointers rather than straight story lines forcing the viewers to construct their own version of the narrative, that keeps on building its momentum until it culminates in a shocking revelation and ending.