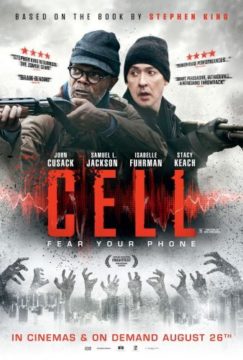 When a powerful signal is broadcast across mobile networks worldwide, cell phone users' minds are instantly and dangerously re-programmed. Heading north through New England in search of his wife and son, Clay Riddell is joined by a group of survivors hoping to fend off the bloodthirsty and hyper-connected "phoners."