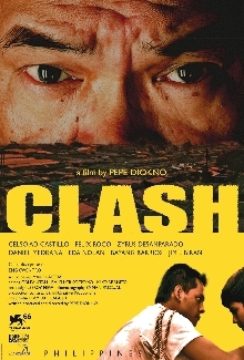 Inspired by true events, CLASH tells the story of Richard and Raymond, two teenage brothers on opposite sides of a gang war in the Philippines. Richard is the leader of his gang, 'Bagong Buwan' ('New Moon') while Raymond is just being inducted into 'Batang Dilim' ('Children of the Night'), a rival gang led by charming solvent boy, Tomas. Complications arise at a deadly midnight clash, when Tomas gives Raymond the task of killing his older brother.