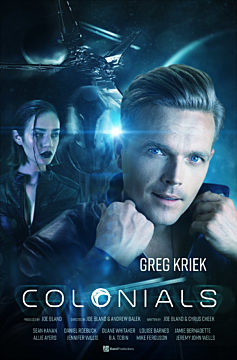 Silas, a space colonist from Mars, embarks on a reconnaissance mission to Earth to figure out what happened to the ‘humans of old’. The Exiles (an evil and advanced Moon-based- civilization) intercepts Silas’s squad and destroys their ship just outside Earth’s atmosphere sending Silas crashing to Earth alone. Having lost his memory upon landing, Silas must figure out who he is and what his purpose on Earth is before the Exiles locate and destroy him.