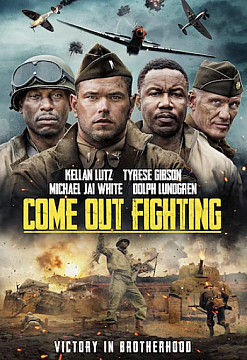 During WWII, General George S. Patton and his Third American Army have raced their way through the countryside on the border of France, entering Nazi Germany. Hitler, desperate to end the tide of the Allied advance, has deployed an M-262 fighter jet. Lt. Frank Ross, encounters this Nazi weapon and an intense aerial battle ensues. Ross, forced to eject from his plane, lands behind enemy lines. While awaiting his rescue team, he is greeted by African American tankes known as “The Black Panthers”. Racial differences must be set aside to win the war.