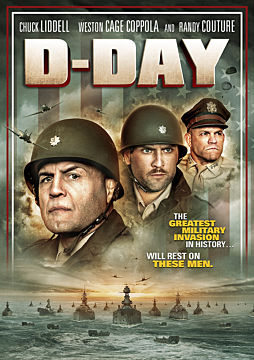 Against the backdrop of D-Day, a team of army rangers must scale the treacherous cliffs of Point du Hoc to destroy French cannons seized by Nazis planning to fire on American soldiers. But when the boats taking the rangers to the cliffs are attacked, it sets off a chain reaction that leaves the Rangers battling German soldiers for days.