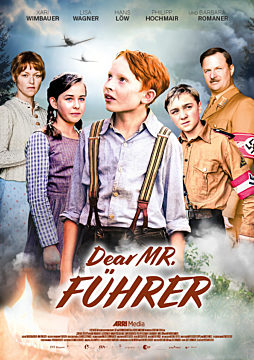 When their home in Munich is bombed out, Anna and her son Felix seek sanctuary in Anna’s childhood village in Bavaria. Her neighbour Feik was Anna’s old schoolfriend and is now a loyal Nazi, the local bigwig who keeps the whole village in line. Anna has a tough time fitting in and playing the convinced National Socialist. Felix, though, feels drawn increasingly to his new friends Karri, Martha and Tofan, and Feik’s speeches also impress him. As a city boy he wants to fit in – at all cost!

When Feik informs Anna and Felix that her husband and his father Bernd is dead, they are devastated. While Anna mourns and secretly blames the Nazis for Bernd’s death, Felix experiences what it means to be the son of a fallen hero. Suddenly he belongs, suddenly he is somebody in the village! Then one day while playing with his friends in a sawmill, Felix discovers a deserter. They all agree: the man must be reported. What Felix doesn’t know, however, is that the deserter is his father.

The film is based on the childhood memories of the scriptwriter Josef Einwanger.