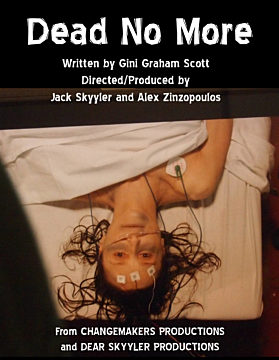 Dead No More is a sci-fi crime, action, mystery drama about a wealthy disagreeable woman, 40s, who is “killed” by husband and frozen in cryonics suspension. Twenty years later a young lawyer discovers her body in a tank in the warehouse of a bankrupt property he buys, and he brings her back with the help of a scientist friend. After he tries to get back her property, her husband tries to kill her again as she transforms into a nice hip person.

The film is slated to begin filming in the spring of 2021, along with Brain Swap.