Home / Films / Doctor Who Am I 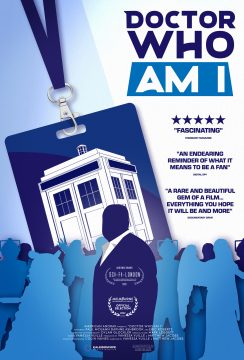 Doctor Who Am I

Infamous Doctor Who screenwriter, Matthew Jacobs, is reluctantly dragged back into the American 'Whoniverse' to face the fandom that brutally rejected his work 25 years earlier.

In 1996, a Doctor Who TV movie was envisioned to lead the franchise into an exciting new future with a fresh direction, but was met only by an outcry from disapproving fans. Now, follow the film's screenwriter, Matthew Jacobs, as he is pulled back into the world of the Doctor Who fandom, where he unexpectedly finds himself a kindred part of this close-knit, yet vast, family of fans.

The documentary features the original cast of the 1996 movie, including Paul McGann (The Three Musketeers, Queen of the Damned), Eric Roberts (Inherent Vice, The Dark Knight, The Expendables), and Daphne Ashbrook (Star Trek: Deep Space Nine).