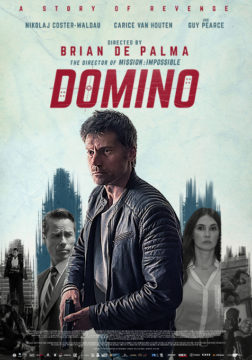 In this fast-paced thriller, legendary director Brian De Palma (Mission: Impossible, Scarface, The Untouchables) weaves a multi-national tale about Christian (Nikolaj Coster-Waldau), a Copenhagen police officer seeking justice for his partner’s murder by ISIS member Ezra Tarzi. In a world wracked by terror and suspicion, Christian and Alex (Carice van Houten), a fellow cop and his late partner’s mistress, embark on a mission to hunt Ezra down, but are unwittingly caught in a cat and mouse chase with a duplicitous CIA agent (Guy Pearce) who is using Ezra as a pawn to trap other ISIS members. Soon Christian and Alex are racing against the clock – not only seeking revenge, but to save their own lives. From the frosty cities of Scandinavia to the sun-drenched landscapes of Spain, De Palma sets up a spectacular battle of multiple opposing forces and leaves the audience breathless until the climactic moment when we learn who will be the last person to survive.